MINUTES: Commissioner Lindsay moved to accept the minutes of the Proceedings of the Board of Commissioners Montezuma County, Colorado dated Tuesday, August 30, 2022, as presented.  Motion was seconded by Commissioner Koppenhafer and carried.

ROAD & BRIDGE DEPARTMENT: Road Superintendent, Rob Englehart met with the Commissioners to give a monthly report.  Superintendent Englehart presented the road and bridge schedule for the dates of August 29, 2022 through September 30, 2022 and gave an overview of the type of work scheduled.  Topics discussed included; roads bladed, flood repairs in the Lewis area, shoulder work, chip seal, gravel for the shoulder work and an update on the Mancos Gravel Pit.

LANDFILL: Landfill Manager, Mel Jarmon gave his monthly report which included the 2022 Landfill budget spread sheet.  Topics discussed with the report included; a Landfill Tonnages and Counts Report, flooding at the Landfill, bids received for the Compost Turner, CDPHE approval for the Carver Field, the budget, a future discussion regarding an increase to the tire fees and the Bomag machines.  (See attached)

FAIRGROUNDS: Fairgrounds Manager, Justin McGuire gave his monthly report which included the year to date numbers.  Year to date numbers included; 55,380 in attendance, Revenues at $68,307.49 and Expenditures at $175,364.28.  A discussion was held regarding past and future events scheduled at the Fairgrounds.  Other topics discussed included, the Rates Schedule, the fire suppression project and a Fair Board Grant application.  (See attached)

Manager Loving presented, for approval Noxious Weed Right of Entry Resolutions, #5-2022, #6-2022 and reported that #7-2022 was not needed at this time.  Commissioner Koppenhafer moved to approve, these resolutions granting Montezuma County Weed Program or its designee’s rights of entry onto property to control noxious weeds based on an affidavit of County Weed Supervisor Noxious Weed Resolution, #5-2022, and the same for Resolution, #6-2022.  Second by Commissioner Lindsay and carried.  (See attached)

DISCUSSION: A discussion regarding the EsoTerra Inc. Application for Colorado Liquor Sales Room was tabled to the next Commissioner meeting, to be included as an agenda item.

COUNTY ATTORNEY REPORT: County Attorney, Ian MacLaren gave an update on the Land Use Code violation case for the property on Road 23.6 and the lawsuit from Secretary of State Candidate Tina Peters. 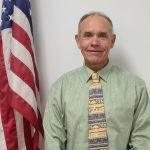